Taxes
1 Topic
How Traders Get Taxed
Limited Liability Corporation
1 Topic
What is an LLC?
Write Offs & Deductions
1 Topic
Business Deductions
Setup Your Trading Business
1 Topic
Getting Your Own Trading LLC

How Traders Get Taxed

The first thing to note when diving into the world of taxes for traders is that profits made aren’t considered earned income but rather capital gains.

Two ways trading taxes are classified in the United States

In the United States, Traders have two options for reporting and paying taxes on trading. You can file earnings under section 988 or section 1256 with the Internal Revenue Service.

Section 988 is a tax regulation governing capital gains or losses on investments held in foreing currency.

These capital gasins will be taxes as ordinary income.

With section 988, the actual amount that Forex Traders will pay for their profits does depend on the tax bracket they fall into.

If the trader files their earnings under this section, the effective tax rate can be anywhere from 0% to 37%.

Below is an example of the different tax brackets in the US: 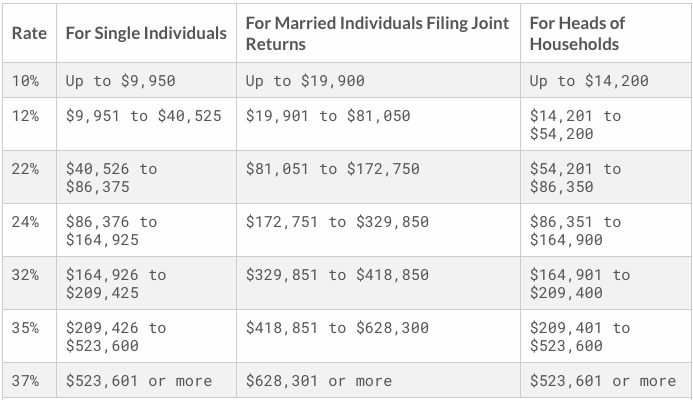 For an example, let’s say that a trader had a $20,000 live account. The trader opened a long position on GBP/JPY and the market moved against his position. By the time he closed he was down $3,000. This trader can now file this loss on their trading returns under section 988 and reduce their taxable income by that $3,000.

What makes a Section 1256 contract unique is that each position held by a taxpayer at the end of the tax year is treated as if it was sold for its fair market value, and gains or losses are treated as either short-term or long-term capital gains.

In this case, 60% of traders’ annual earnings will be taxed at a fixed rate of 15%, while the other 40% will be taxed at the rate of the taxpayer’s tax bracket, which can range from 10% to 37%. This can be an attractive option for those traders with a 22% tax bracket or higher.

Back to Lesson
Next Lesson
Powered by
Login
Accessing this course requires a login. Please enter your credentials below!
Lost Your Password?